The invasive, South American, Madeira vine (Anredera cordifolia) is an unwanted invader in the City of Cape Town.

With soft, heart-shaped leaves and small white star-shape flowers, this vine may look harmless. However, in Cape Town...  the Madeira vine is known to cause ecological damage as it strangles and displaces any tree, including the City's indigenous milkwood trees, which are classified as one of South Africa’s protected trees.

The City of Cape Town’s Invasive Species Unit needs the public’s help to report any sightings of the Madeira vine (Anredera cordifolia) to determine how widely spread it is across Cape Town.

Once this information is established, a management programme can be developed accordingly.

Madeira vine is a Category 1b invasive species

This invasive vine has been classified under the National Environmental Management Biodiversity Act (NEMBA) as a Category 1b species, meaning that it must be controlled, or removed and destroyed if possible. Any form of trade or planting of this species is strictly prohibited.

How can you identify it? 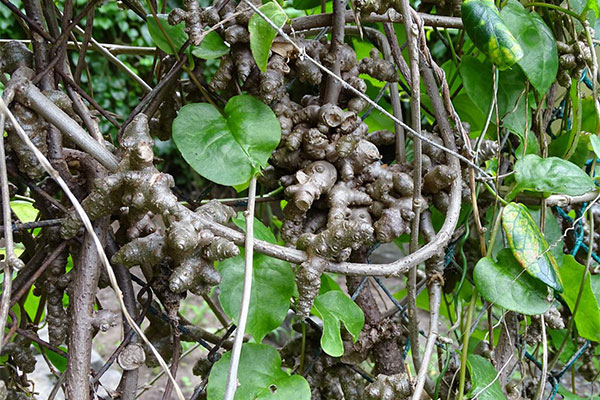 The Madeira or potato vine is characterised by tubers growing on the creeper in Cape Town.

Despite its good looks, this invasive species has started strangling indigenous Milkwood trees (Sideroxylon inerme) in the Noordhoek area, which are classified as one of South Africa’s protected trees.

The Madeira vine spreads through wart-like tubers (diameter between 5mm-25cm) on the stems or underground, and regenerates from cut or broken stem sections, making it a particularly troublesome exotic.

Woodlands, grasslands, scrub biomes and open urban spaces are all at risk of invasion by Madeira vine, where dense stands of the vine can smother and bring down trees.

What to do if you have a Madeira vine on your property?

Due to Madeira vine spreading by tuber growth and root systems, it is critically important to not discard plant material in compost heaps, landfills or dumping sites. 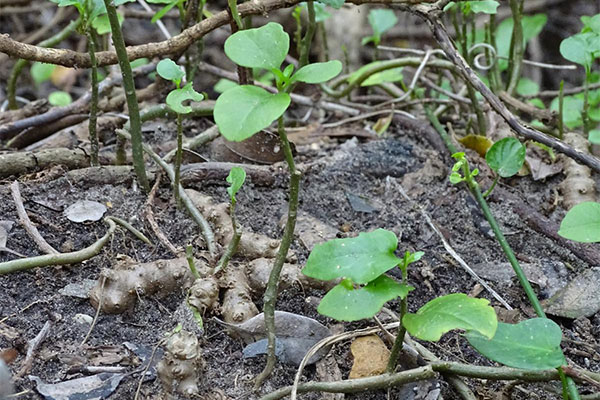 The invasive Madeira or potato vine tubers thrive in the warm sandy soils of Cape Town.

Residents are urged to contact the City for advice when attempting to dispose of Madeira vine, for infestations of any size.

The indigenous beauty of Cape Town should not be smothered by invasive vines, therefore, we appeal to the public to join hands with the City by actively getting involved in spotting, reporting and identifying the Madeira vine and potential new invaders as this will contribute to conserving the trees and plants synonymous to Cape Town.

Cape Town residents are asked to report sightings of this plant to the Cape Town Invasive Species Unit: invasive.species@capetown.gov.za.